Tesla Develops Self-driving Chip Performance To Catch Up With Nvidia

The rumors of Tesla's self-developed AI chips have been heard all the time, especially after they dug away AMD's legendary architect Jim Keller. This rumor is even more "real".

Until Tesla CEO Elon Musk said in a conference call on the morning of August 2: "We have been privately preparing for the development of autonomous autopilot chips for two or three years. I think it is time. The news was made public." 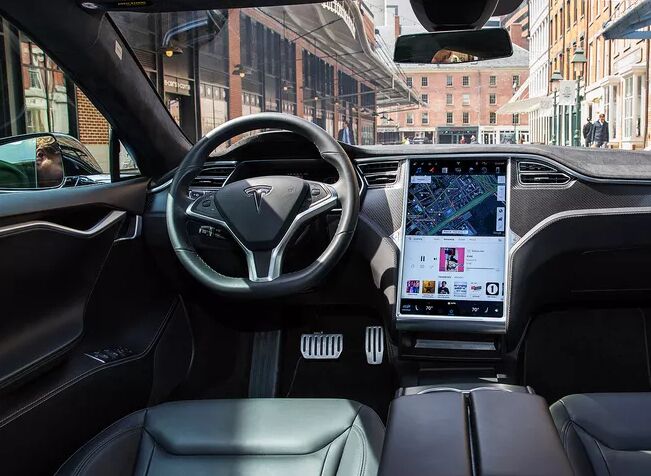 For three reasons, Tesla will be keen to develop its own autonomous driving chip:

1. Have more control over the core hardware.

3, Drive PX 2 power consumption is 250W, and the price is directly 15,000 US dollars. If Tesla chooses to build a self-driving chip, it will help reduce costs after it has been scaled up.

Therefore, in order to improve the core hardware control, have more computational competitiveness and cost considerations, self-developed autopilot chips are indeed an option for Tesla.

But the problem with Tesla's self-developed chips is also obvious. They don't have enough money to break into the project unless the capacity problem is completely solved.

At this time, we need Chinese power.

Invested 2 billion US dollars to build a factory in China

Capacity issues and funding issues, Tesla's current best news is that China's construction of the factory was approved.

The last time the analyst was asked if he needed more than $5 billion in investment? Musk said that maybe $2 billion is enough, and once the Shanghai Tesla plant is built, the annual production capacity can reach 250,000.

In addition, China’s $2 billion plant is mainly funded by loans and bonds from local banks in China. Musk also revealed that in addition to the Chinese factory, it will also consider the construction of the Tesla super factory in Europe, and the site will be completed by the end of the year.

Or end of the year, the unmanned vehicle crosses the United States

Earlier, Tesla also said that it would be necessary to form an autonomous driving team across the United States, but there has been no movement and no specific timetable.

So at the analyst meeting, Musk replied that the difficulty of this plan is to find the right route, pay attention to safety, have a good traffic light recognition, etc., so before Tesla has a complete autonomous driving function, Will not start. 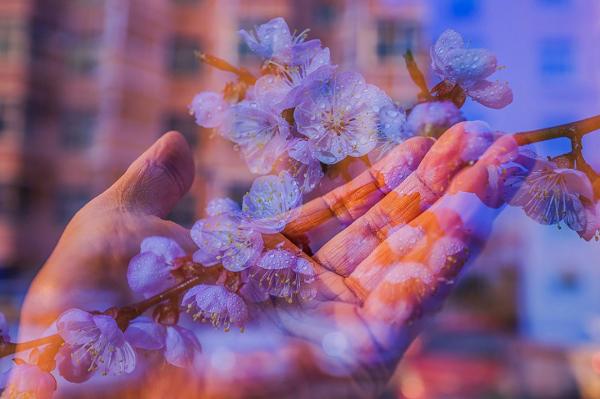 But there is no timetable at all. Musk revealed that in September this year, Tesla will release an updated version of the autopilot system. If the system is good enough, the unmanned vehicle will be launched across the United States before the end of the year.

Finally, the most frequently asked question at the earnings conference was Tesla's capital chain.

As of June 30, Tesla's cash and cash equivalents totaled $2.2 billion, and it would be stretched to do anything.

But Musk once again made it clear that Tesla is not short of funds and there is no new fundraising plan. Of course, if the Model 3 mass production continues to go smoothly, Tesla does not need it.

There is also an unexpected new action.

Tesla is looking for game developers who are interested in joining, developing video games that users can play on the touch screen. 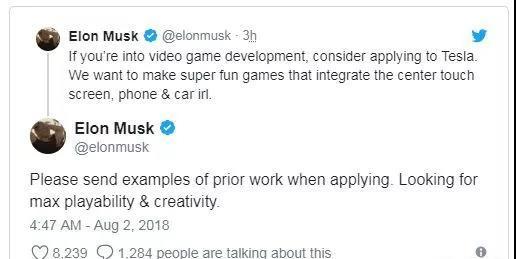 Musk said on Twitter: "If you like video game development, then consider applying for Tesla. We want to make fun games that combine the central touch screen, mobile phone and car. Please attach the previous one when applying. Works. We want the best playability and creativity."

This may be related to the "new gameplay" of Tesla initiated by Musk.

Musk has announced that Tesla will launch a so-called "party and camping mode", which makes it easier for users to use the car on the go without charging.

He said the new features will allow people to maintain air circulation, certain lighting, and power supplies for up to 48 hours while parked.

The combination of Tesla and Nvidia is just the tip of the iceberg in the autopilot chip battle. On the battlefield of autopilot computing chips, other giants such as Intel and Qualcomm are also accelerating their innovations.

In China, the Horizon recently released two computer vision embedded AI chips, the Rising Sun and the journey, for smart driving and smart cameras. This is China's first embedded artificial intelligence chip. Compared with other chips, the Rising Sun and the journey have greatly improved in terms of performance, power consumption, area, etc., not only can identify 200 objects at the same time, chip multiplier utilization. Peaks are up to 100% and can be strongly coupled to a variety of applications.