Auth：CGOCMALL Date：2018/10/8 Source：CGOCMALL Visit：442 Related Key Words: Industry 4.0 ReRAM CGOCMALL
Previous："Passive Components That Used To Be Overstocked Are Now Out Of Stock?"
Next："Cgoc At Electronica 2018"
I am optimistic that the automotive field will bring potential business opportunities to more and more emerging memories such as ferroelectric random access memory (FRAM), magnetoresistive RAM (MRAM) and resistive RAM (ReRAM). Industry memory suppliers are not making it possible. Every effort is made to ensure that the performance of its memory products meets the automotive market with higher reliability requirements.

Adesto Technologies, a non-volatile memory (NVM) supplier in the United States, recently released a research report showing the potential of its ReRAM memory for high-reliability applications such as automobiles. Adesto researcher Dr. John Jameson, who led the research, shared his research and development results at the 48th European Solid State Electronic Components Conference and European Solid State Circuits Research Conference (ESSCIRC-ESSDERC) held in Europe earlier this month. He pointed out that ReRAM can be integrated into existing manufacturing processes by using a simple memory cell structure and material, and it is expected to become a widely used and low-cost simple embedded non-volatile. Sexual memory (eNVM).

Although Adesto was one of the first companies to bring commercial ReRAM memory to market, the company's trademarked CBRAM technology consumes less power and is required when compared to traditional embedded flash technology. There are fewer processing steps and can operate at lower voltages, but ReRAM still faces the challenge of integration and reliability. Adesto's researchers claim to be able to solve these problems in the latest paper. 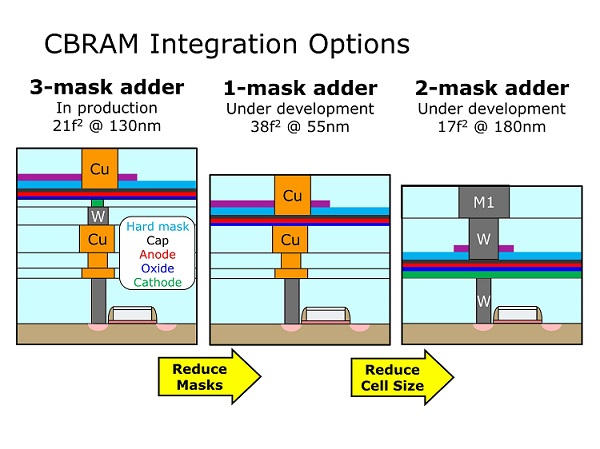 According to Adesto's research, ReRAM is expected to be a widely used and low-cost simple embedded non-volatile memory (eNVM) because it uses a simple unit structure and material, and only needs a layer of mask. Integrated into existing manufacturing processes.

The article "Towards Automotive Grade Embedded ReRAM" by Jameson and a dozen researchers is about to be released on the IEEE Xplore website. This paper describes an improved sub-quantum conductive bridging RAM (CBRAM) cell with robust reliability that is sufficient for automotive applications; the main types observed in new cell stacks are discussed And errors. The researchers also talked about reliability models developed to predict durability and shelf life.

Researchers point out that ReRAM has long been considered an alternative to embedded flash memory (eFlash) for MCUs and SoCs because it uses a simple cell structure and material that requires only an additional layer of mask to integrate To the existing logic back-end process (BEOL), and to slightly adjust its front-end process (FEOL). In contrast, existing eFlash requires 10 or more reticle, and the FEOL/BEOL integration scheme must be coordinated to accommodate higher thermal budgets.

Gideon Intrater, Adesto's chief technology officer, said that another good reason to use ReRAM in embedded applications such as cars is that eFlash is beginning to suffer from a reduction in scalability. In a telephone interview with EE Times, he said that CBRAM still has a lot of room for miniaturization. "The biggest question is: Can the technology be implemented for the automotive industry with high standards? This is what this article is trying to achieve - we can actually build products with the best quality requirements for the automotive industry."

According to the reliability model of the paper, the technology can achieve a storage life of more than 20 years at 150 °C after an average component failure rate of 1 ppm reaches 104 direct write cycles. Intrater did not predict how long CBRAM would replace eFlash in automotive applications, which he believes must be implemented after the commercialization phase.

The research paper also estimates, "Compared to 55nm existing commercial-grade eNVM, the use of 55nm automotive-grade CBRAM macros can save 5%-20% per chip, to achieve relative macro size, more The reticle and process steps, as well as the relative area ratio of logic to memory." 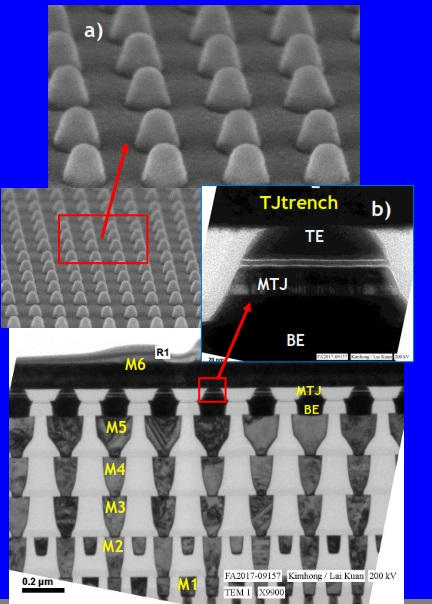 GlobalFoundries' magnetic tunneling junction (MTJ) stacking and integration has been optimized for a 400°C, 60-minute post-MTJ patterned thermal budget and is compatible with CMOS BEOL processes, making it suitable for automotive SoCs.

Jim Handy, principal analyst at Object Analysis, said that a recurring theme is that companies that make emerging memory technologies often believe that because of their technological advantages, they are willing to make more money for it, and because of its manufacturing costs. High and must therefore be sold at a higher price.

"However, there are not so many applications that can accommodate all the higher performance requirements at a higher price." He thinks it is too early to talk about whether ReRAM is suitable for such applications. "There are two things that work better now. One is how cheap it can be when it's mass-produced, and the other is how big it is now."

But Handy said there is some competition between MRAM and ReRAM - competing to replace flash memory in SoCs - usually NOR flash, because NOR flash has been tested and tested, but will still reach the limit. He said that Adesto certainly hopes that the market will develop, but this will in turn lead to lower prices and further opening up new markets, allowing prices to fall further. "It will form a way that embedded memory will become a test site and prices and costs will start to fall as a result of the rise of one of the new technologies."

Adesto is not the only company that wants to expand its ReRAM applications. However, due to its anti-radiation properties, CBRAM is suitable for medical applications, and it also helps to solve the power supply challenge of Internet of Things (IoT) devices. The first package unit recently produced by Israel Weebit Nano contains its yttria resistance. Memory array of RAM (SiOx ReRAM) technology. The company says it helps deliver its memory technology to its partners and is an important step in productization and commercialization. The first batch of memory chips will be delivered to a number of universities to assist in the use of ReRAM technology in neuromorphic operations.

At the same time, Everspin Technologies and GlobalFoundries also demonstrated last year that embedded MRAM can achieve more than 10 years of data retention via 260 ° C reflow and read/write durability at 125 ° C, making it suitable for general purpose MCUs and automotive SOCs.
Previous："Passive Components That Used To Be Overstocked Are Now Out Of Stock?"
Next："Cgoc At Electronica 2018"